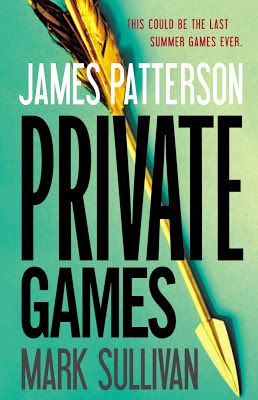 Description:
On your mark
Private, the world's most renowned investigation firm, has been commissioned to provide security for the 2012 Olympic Games in London. Its agents are the smartest, fastest, and most technologically advanced in the world, and 400 of them have been transferred to London to protect more than 10,000 competitors who represent more than 200 countries.

Get set
The opening ceremony is hours away when Private investigator and single father of twins, Peter Knight, is called to the scene of a ruthless murder. A high-ranking member of the games' organizing committee has been killed. It's clear to Peter that this wasn't a crime of passion, but one of precise calculation and execution.

Die
Newspaper reporter Karen Pope receives a letter from a person who calls himself Cronus claiming responsibility for the murders. He promises to restore the Olympics to their ancient glory and to destroy all those who have corrupted the games with lies, corruption, and greed. Immediately, Karen hires Private to examine the letter, and she and Peter uncover a criminal genius who won't stop until he's completely destroyed the modern games.

Review:
Private Games is a thriller about a terrorist who threatens the 2012 Olympic Games is London. It's the fourth James Patterson book I've read, having now read an Alex Cross book, one from the Women's Murder Club series, and Maximum Ride: The Angel Experiment. As with the other three James Patterson book, I found this one to be just so-so.

As a fan of thrillers, I thought that the story had potential. It moved at a pretty good pace, and the topic was one that interested me. The biggest problem I had with Private Games was that I didn't care about any of the characters, a problem I have with other Patterson novels. Despite everything that was happening to Peter Knight and his family, friends, and colleagues, it didn't bother me when any of them were in danger. Except for one, I didn't feel much sympathy for any of Cronus's victims. The authors didn't spend enough time letting the readers know the characters and build up an investment in them.

A less annoying problem with this book was that it tried to portray an accurate picture of the Olympics only some of the time. Since the book was written before the games took place, I didn't expect it to predict what would happen during the Olympics. However, to include high profile events like the men's 100 meter sprint in the novel without giving any mention to the international leaders in the sport (hasn't James Patterson heard of Usain Bolt??) seemed like a shame. It made the story even more unbelievable than it was.

If you're a fan of James Patterson, you will probably like Private Games, but if you're just looking for a good thriller, there are better choices out there.

I read this book as part of the Authors A to Z reading challenge. Next up: The 500 by Matthew Quirk.

What's in a name?

There was big news this past week in the book world when it was revealed that J.K.Rowling, author of the Harry Potter series, published a mystery titled The Cuckoo's Calling under the pseudonym Robert Galbraith. What struck me as most interesting about the story wasn't that Rowling wrote a book using a fake name. Stephen King famously did it when he created the alias Richard Bachman. Like Rowling's pseudonym, people soon found out who Richard Bachman really was.

What caught my attention was how well The Cuckoo's Calling sold before the revelation and after. In the first three months after publication, when readers thought an unknown author named Robert Galbraith wrote The Cuckoo's Calling, the book sold 1,500 copies. That's nothing to sneeze at (I would love to sell 1,500 copies in three months!), but it won't land the book on any best-seller lists. However, I know several indies who sell more.

Once news broke that the author was really J.K. Rowling, the book zoomed up to #1 on Amazon within a day! Talk about a marketing strategy that works!

Aside from asking whether the revelation was a ploy boost sales, the events made me wonder about a few things:
I wish I had the answers to these questions. It seems like the longer I work in this business, the more questions I have as I struggle to find success. 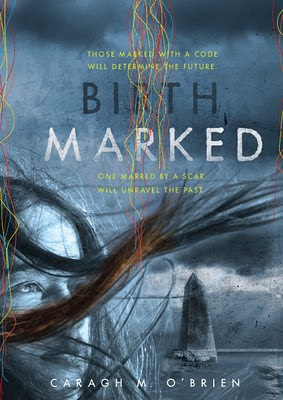 In the Enclave, your scars set you apart, and the newly born will change the future.
In the future, in a world baked dry by the harsh sun, there are those who live inside the walled Enclave and those, like sixteen-year-old Gaia Stone, who live outside. Following in her mother's footsteps Gaia has become a midwife, delivering babies in the world outside the wall and handing a quota over to be "advanced" into the privileged society of the Enclave. Gaia has always believed this is her duty, until the night her mother and father are arrested by the very people they so loyally serve. Now Gaia is forced to question everything she has been taught, but her choice is simple: enter the world of the Enclave to rescue her parents, or die trying.
A stunning adventure brought to life by a memorable heroine, this dystopian debut will have readers racing all the way to the dramatic finish

Review:
There were many similarities between Birthmarked and The Line, a book I reviewed in April. Both had interesting premises, based on their descriptions, both turned out to be different types of stories than I anticipated, and both failed to live up to expectations.

Like The Line, the main problem with Birthmarked was how slowly it moved. Whenever the plot reached a point where I expected it to pick up, the author stretched it out with long scene descriptions or having the characters make choices that lessened the tension. Whereas The Line was agonizingly slow in the beginning and then picked up, Birthmarked maintained its sluggish pace throughout. However, it was a better book than The Line overall.

I wouldn't say that I hated the novel though. After all, it received three stars, not one or two. There were parts of it that I liked, for example the small reveals that the author provided as the plot unfolded. I also liked the male protagonist almost from the beginning. Birthmarked had a lot of potential to be better. Unfortunately, it never got there.

I read this book as part of the Authors A to Z reading challenge. Next up: Private Games by James Patterson.

When I started writing the first draft of my fourth novel (I still can't believe I'm on my fourth!) in March, I set as a goal to finish it by the Fourth of July weekend. Well, I did it! The weekend isn't over yet, and I'm done with the first draft!

This is usually the time when I start editing my manuscript, the part of being an author that I most abhor. However, this time around, I'm going to put it off for a month. I'm not doing this just because I dislike editing. I also want to try a technique that other authors have suggested -- setting aside a first draft because it's still fresh in my mind. The rationale is that if I take a break from the manuscript, then when I look at it again, I'm more likely to spot problems with it. I'm all for trying new ways to improve my writing.

The other reason I'm postponing editing my novel is that I want to try something that I've been thinking of doing for the last year: writing more short fiction. For an unknown author like me, publishing short stories is another avenue to market my body of work. I also have some story ideas that I haven't written because there isn't enough to turn them into a novel, but they're well suited for a short story or novella. It's time to give one of those ideas the chance to see the light of day.

My intention is to spend a month or so working on a short story, publish it, and then go back to editing my novel. Not only will I have added another book to my writing resume, but I also hope that the time off will make me a better critic of my novel in progress. 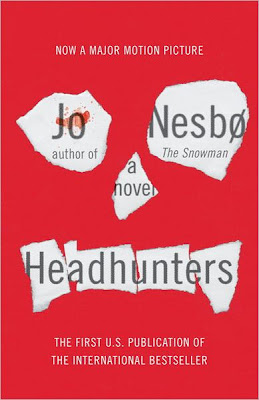 Description:
Roger Brown is a corporate headhunter, and he’s a master of his profession. But one career simply can’t support his luxurious lifestyle and his wife’s fledgling art gallery. At an art opening one night he meets Clas Greve, who is not only the perfect candidate for a major CEO job, but also, perhaps, the answer to his financial woes: Greve just so happens to mention that he owns a priceless Peter Paul Rubens painting that’s been lost since World War II—and Roger Brown just so happens to dabble in art theft. But when he breaks into Greve’s apartment, he finds more than just the painting. And Clas Greve may turn out to be the worst thing that’s ever happened to Roger Brown.

Review:
I've been seeing Jo Nesbo's name pop up more and more lately, with people saying he's the next Stieg Larsson. Then again, that means little to me since I've never read Stieg Larsson, but I've watched the Dragon Tattoo movies. :-)

First off, let me say that I didn't care for the protagonist of Headhunters, Roger Brown. It wouldn't have bothered me what kind of tragedy befell him. However, I still found the book entertaining because it was interesting to read about the situations that Jo Nesbo put him in. One of the situations was probably the most revolting scenes I've read in a long time. I won't spoil it (or disgust you), but surprisingly, it didn't involve any blood or dead bodies. (There is another disgusting scene with blood and dead bodies, but for some reason, it didn't bother me as much. Nesbo is a sick bastard nonetheless.)

Headhunters also included a couple of delightful twists, one that I sort of saw coming and one that I didn't at all. The story starts out making you think it's about an art heist until you learn something else is going on, only to find out there's yet another reason for the actions in the book. Jo Nesbo does a good job of narrating so that it kept me on my toes.

Aside from an unsympathetic protagonist, I wondered about the reasons why both Roger Brown and the villain of the novel did some of the things they did. Nesbo seems to like having his characters take things to extremes when it wasn't necessary, when a more rational option was available. Those choices made the story more interesting, perhaps, but it also lost credibility in my mind.

Despite its flaws, I can see why the author has received the praise heaped upon him. Headhunters is a solid story that piqued my interest in more of Nesbo's works.

I read this book as part of the Authors A to Z reading challenge. Next up: Birthmarked by Caragh M. O'Brien.