What a difference a weekend makes. Last week, I found myself having a hard time getting back into writing mode after taking two weeks off. This weekend, I forced myself to work on my novel, and now I'm more than 70% done with my first round of edits! It's been a very productive three days, and the best part is, I'm excited about the writing process again.

I expect that after I'm done with my edits, I will need to go through the novel a couple more times before I feel it's good enough to show a beta reader. I'm hopeful that I'll get to that point by the July 4th holiday. 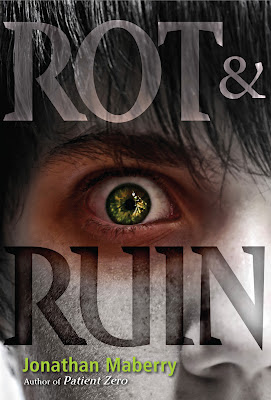 Description:
In the zombie-infested, post-apocalyptic America where Benny Imura lives, every teenager must find a job by the time they turn fifteen or get their rations cut in half. Benny doesn’t want to apprentice as a zombie hunter with his boring older brother Tom, but he has no choice. He expects a tedious job whacking zoms for cash—but what he gets is a vocation that will teach him what it means to be human.

Review:
I never thought I was a big fan of zombies, but looking back at the zombie books I've read the last three years, I found that they have been among my favorite reads. At the top of that list are Feed and Deadline by Mira Grant and Max Brooks's World War Z. Rot & Ruin is now at the top of that list.

Rot & Ruin is a zombie book for young adults. As a fan of young adult fiction, that might be why I like this book more than any other zombie book I've read. What's also different about Rot & Ruin compared to other zombie books and movies I've seen is how this book treats zombies. The undead aren't just monsters. They used to be people -- our family members, friends, and neighbors. The level of humanity that the book brings to the zombie genre is both unique and refreshing.

Add to that an exciting plot and a likeable cast of characters and you've got a book that you can't put down! I highly recommend Rot & Ruin, whether you're a fan of zombies or not.

Getting back to work

It's been a little over two weeks since I last worked on my novel. I finished the first draft and wanted to take a break from it before proofreading and editing. I'd say that the time off has successfully taken my mind off the story. Perhaps a little too much, because I'm having a hard time getting myself motivated to start proofreading. Writing is a lot like exercising. It's hard to start, but once you've developed a regular routine, it's not hard to continue. However, if you do stop, it's difficult to start up again. I guess I should stop blogging or procrastinating and get back to work. 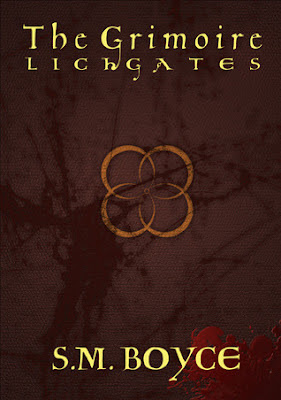 Description:
The Grimoire turns its own pages and can answer any question asked of it, and Kara Magari is its next target.

Kara has no idea what she's getting herself into when she stumbles across the old book while hiking a hidden trail. Once she opens it, she's thrown into Ourea: a beautiful world full of terrifying things that want the Grimoire's secrets. Everyone in this new world is trying to find her, and most want to control the new-found power the book bestows upon her. Even if Kara does escape, Ourea will only drag her back.

Braeden Drakonin grew up in Ourea, and all he’s ever known of life is lying. The Grimoire is his one chance at redemption, and it lands in his lap when Kara Magari comes into his life. He has one question to ask the book—one question that can fix everything in his broken world—and he’s not letting Kara out of his sight until he gets an answer.

There’s no going back now.

Review:
The Grimoire: Lichgates is the first book in a new fantasy series by S.M. Boyce. Most of the story takes place in a world called Ourea, and the main character, Kara, stumbles into that world from ours.

It took me a while to get into the book, probably because it starts in our world and returns to it for an important scene near the beginning. As a result, I found that I couldn't submerge myself in the world of Ourea and its characters until about a third of the way through the book. It's tricky for fantasy novels to explain the universes that they take place in, especially when those universes are populated with non-human races and magical creatures.

Once I got used to Ourea and the story moved along, however, I found myself enjoying it. I zipped through the middle part of the novel, which is a good sign that I've lost myself in the story. By the end, I wished that it wasn't over.

If you're a fan of fantasy, I recommend this book to you. The story is engaging once it gets going, and the world of Ourea is populated with diverse and interesting creatures. Now that I'm familiar with the universe and the characters, I'm looking forward to the second book, which will be published later this fall.

My new short story collection, With Five You Get Fortune Cookies, is now available for sale! The collection contains five stories and costs only 99 cents! You can buy it from Amazon or Smashwords. It will be on the e-bookshelves of other retailers in the days or weeks to come.

In case you're wondering, With Five You Get Fortune Cookies is indeed a play on the title of the 1968 film, With Six You Get Eggroll. I chose it because there are five short stories in the collection and the first one is named "Fortune Cookies". Get it?

Now that I'm done with this little project, it's time to go back to proofreading my novel in progress. 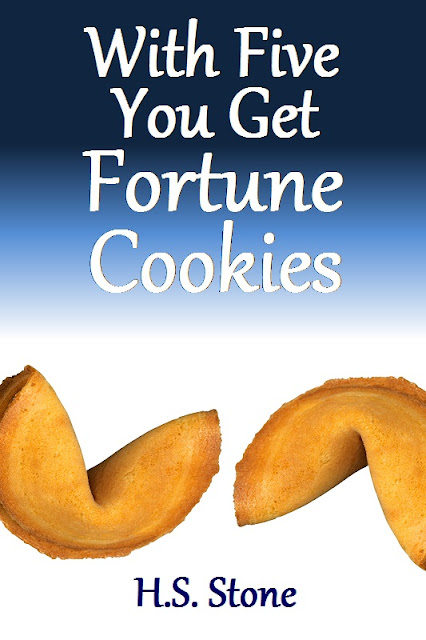 First draft done, and now for something (not so) completely different

Thanks to my productive Spring Break, I'm done with the first draft of my second novel! Instead of jumping right into proofreading and revisions, I'm going to take a couple of weeks off from working on it. Other authors have suggested I do this so that when I re-read it, my mind is fresh.

What am I going to do for two weeks? Sit on the sofa and watch TV? Play video games? No! I'm going to publish another book! I've been meaning to go through some short stories that I wrote in the past and publish them in another collection. Like Numbers Plus Four, I anticipate that this collection will contain five stories and sell for 99 cents.

Stay tuned for an announcement when I publish the new book!