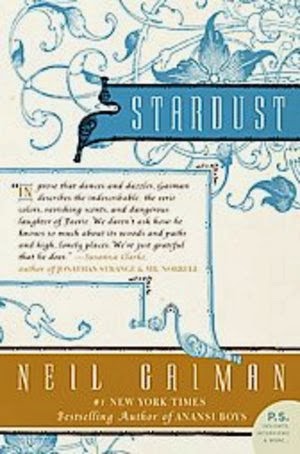 Description:
Hopelessly crossed in love, a boy of half-fairy parentage leaves his mundane Victorian-English village on a quest for a fallen star in the magical realm. The star proves to be an attractive woman with a hot temper, who plunges with our hero into adventures featuring witches, the lion and the unicorn, plotting elf-lords, ships that sail the sky, magical transformations, curses whose effects rebound, binding conditions with hidden loopholes and all the rest.

Review:
When I watched the film version of Stardust about five years ago, I thought it was a good movie with an original story. I hadn't yet heard of Neil Gaiman, who wrote the book upon which the movie was based. It wasn't until a couple of years later, when I read Neverwhere, that I became a fan of Gaiman. Since then, I've read three of his novels and two short story collections, enjoying all of them, but I still hadn't read Stardust. With the Reading Outside the Box challenge, I can now address that omission and check the "Accidentally Watched the Movie First" box too.

Overall, Stardust was a good book. It's a typical, magical Neil Gaiman tale set in a typical, magical Neil Gaiman world. However, as I read the book, I couldn't help but compare it to the movie, perhaps unfairly. Having seen many film adaptations of books, I was prepared for differences between the two. While the major story arcs were similar in the movie and the book, there were two aspects of the movie that I wished was in the book: (1) more interaction between Tristran and Yvaine and (2) the climactic battle in the witches' castle. The story in the book was good, but it lacked the development of the relationship between Tristran and Yvaine. The two sort of fell in love too quickly and inexplicably. Also, the conclusion of the book wasn't as entertaining or suspenseful as the one in the movie. Everything was wrapped up too easily without much conflict, lacking the energy that the movie provided.

While Stardust was a worthwhile read, it wasn't Gaiman's best work. In this rare case, I'd have to say the movie was better than the book. 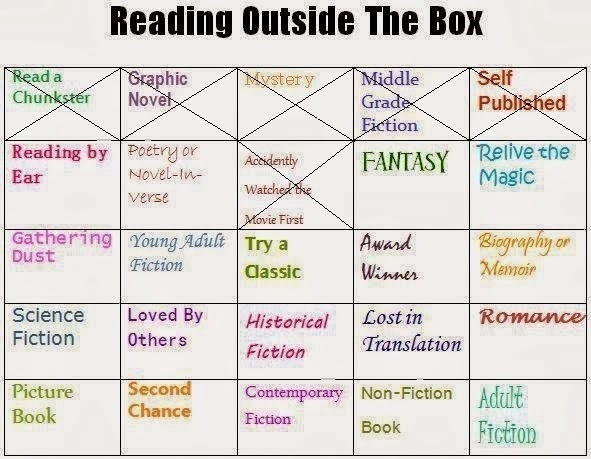